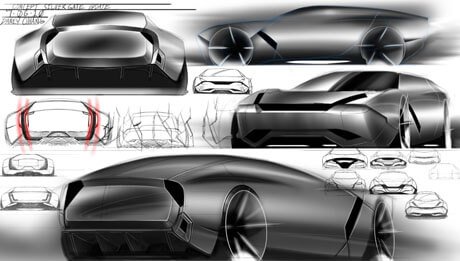 As part of the everyday transportation, automotive has become so much important in part of today live and it has become a popular major field in the US colleges and universities. As you go deeper into your career of automotive designing your boss wouldn’t care of what school you have went to and what you could get from that school. The car companies, the supplier and automotive related industrial would want the people that have the hand-on experience both in class room and the garage and the passion for things motorized.

Seeking for the best automotive designing institute might not an easy way but those top 10 American schools that will provide you with the best skills that acquiring the same as inside or outside classroom practice. Those who has worked as automotive part-time repairmen, volunteering in the local car race team, or doing a face to face practice automotive event would be likely to have more successful in the career than those who just sitting in class and can’t even identify a single spare laying on the table.
“One of the finest automotive engineers I worked with had a degree in Materials Sciences — and unspectacular grades — from the Colorado School of Mines,” said a retired engineer and vehicle program manager from a top car company. The precious choice for the automotive school of design would be the one who have not only establish a classroom study but push the students far deeper into the field such as Formula SAE (FSAE) or snowmobile repair competition.

Another best tip is to look for schools that are working on the Defense Advanced Research Projects Agency’s or (DARPA) that doing Driverless Project, self-guided vehicle, A competition to build a clean fuel efficient cars and also keep an idea on any schools that have gain the top scorer of in the competition such as North Carolina State University of Florida and University of Kansas.

Disclaimer: This ranking was made through available information to author and is meant to be another source of information only. It is not advisable to solely rely on this article for any decision making.

Here are the pick for the greatest automotive design within the United States:

These three choices should be consider if you are looking to become a great automotive artist in the near future. You can find the students who went to those big three in most of the related automotive companies throughout the country.

Purdue has produced top engineer for Detroit and its supplier and has hosted a motorsport program. One of the NASCAR race drivers, Ryan Newman who was holding an engineering degree was also an alumni from IUPUI.

Corner was not really an automotive school by birth but any schools that has a reputation of holding eight FSAE champion has been credited to be among the best too. Cornell is also one of the few colleges that have entered the Automotive X Prize and Driverless vehicle competition event.

It’s just amazed that these three colleges have won far too many awards in different competition such as FSAE, FSAE West and FSAE Japan competition. It’s all your call now but why you lose such a great school.

Located in the heart of US racing industry in North Carolina and having been awarded a 3rd place in the 2007 DARPA, Virginia Polytechnic Institute and State University would be the great potential school that would produce the finest auto artist and engineer.

It’s focus more on the hand-on experience in the field more than the classroom theory. However there are more to decide between Cal Davis or Cal Tec that they all focus on shaping for the future transportation.

The two has the reputation of producing the greatest Supermileage winning team that later was credited as Formula SAE Collegiate design series. It has the finest automotive design program of all.

Clemson University International Center for Automotive Research (CU-ICAR) is the hitting point for Clemson to be considered as the priority. Furthermore, it has a potential vehicle program that has almost in every NASCAR shop. Clemson was ranked as number 62 in the US News and World Report national university categories in 2014. Student both learn the design and engineering that require a six months internship before graduate.

Based in the heart of Atlanta, Georgia Tec has been a stronghold for the automotive team of FSAE and it’s also being respected as a top design school with a 1930 Ford Model A Sports Coup.

Despite the small amount of student there, Kettering University has more of the share in automotive industrial than any other school. The school was known as General Motors Institute that provides not only automotive designing but also management. To the last, college just a one stop to your either success or it could just hurt your career. The fact is that, what you would do during the summer break would at least so much important to shape up your way.